The Love Story of Cupid

Valentine’s Day is upon us once again. #wasitnotjustchristmas? Yeah, I know, the years fly by once you hit a certain age. In honor of this special day, I wanted to talk a little about Cupid. I recently did some research on this little matchmaker #troublemakerforsome and found his story very interesting. Being a writer in the romance genre, I wanted to share what I discovered with you.

Cupid was the Roman name given to the god of desire. (Cupdio is Latin for desire) The Greek named him Eros. He is the son of the goddess of love, Venus (Aphrodite in Greek) and the son of the god of war, Mars (Ares in Greek). I guess that explains why we see him with a bow and arrow. Was this, perhaps, a gift from his father?
In Ovid’s Metamorphoses, they story of Cupid is an interesting one. Apparently, there was a princess by the name of Psyche (which means soul). Her people loved her so much that they refused to worship Venus, which in turn, angered the goddess. To get back at the princess, Venus gave her son strict orders to release one of his love arrows into Psyche to make her fall in love with someone less attractive. #canyousayrepugnant?
Being the doting son that he was, Cupid followed his mother’s orders, but in the process of shooting Psyche with the arrow, he scratched himself with the tip, causing himself to fall in love with the beautiful princess.
Cupid made a habit of seeing the princess every evening. He would whisper to her his devotion of love, but demanded she never look at him. After severe taunting by her sisters, and her own curiosity, #curiositykilledthecat, Psyche gave in one night and took a chance on looking at Cupid. Disobeying him ignited the anger in Cupid and he did not return to Psyche’s bedchamber.
This devastated Psyche. She searched for Cupid everywhere, but could not find him. Heartbroken, she was about to give up until another god intervened. Jupiter (Zeus in Greek) took pity on Psyche and her love for an immortal. He presented her with the gift of immortality and made her a goddess. Now, that she was an immortal herself, Psyche was able to find Cupid and be with him. Their love produced a child, a daughter whom they named Voluptas (Herdone in Greek) which means pleasure or bliss. Voluptas is one of the Charites (Graces in Greek). 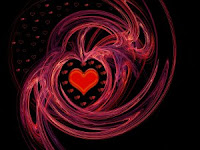 I personally love this mythological story. Being the sappy, hopeless romantic I am, I wanted to share it with you, especially on a day when love is supposed to be “in the air”. I hope you all have a great V-Day and enjoy the one you are with. I warned my husband that if he didn’t come home with a dozen roses, a box of chocolates, and something with diamonds, there would be hell to pay. #notreally. Though the material things are great, they will never replace what is in the heart. True love is worth more than its weight in gold.
*Sidenote. Most of my information came from wikipedia.com. To them, I give all the credit for this post.